In late spring 2018, the Italian newspaper La Repubblica called on Italians to participate in the pilot version of Italy Talks.

Around 80 participants with opposing political views gathered in Bologna and discussed topics ranging from climate change to the integration of refugees.

Organized by the Italian newspapers La Repubblica and HuffPost Italia, the event took place on the occasion of the La Repubblica delle idee festival, a four-day long celebration of ideas in Bologna that attracted thousands of people.

L'Italia si parla participants – ranging from people in their twenties to their seventies, all eager to talk to one another – gathered in the historical location of Palazzo Re Enzo, in the heart of the city. The big hall at the center of the palace provided the perfect setting for a passionate yet civil debate – democracy at work.

The topics most discussed were the right to adoption for homosexual couples and mandatory vaccination, and participants were enthusiastic about the experience. "It was constructive, emotional, enriching," explained one of the participants. Another added: "I really liked the fact that even regarding the issues we didn’t agree on, we moved forward and tried to find a solution.” 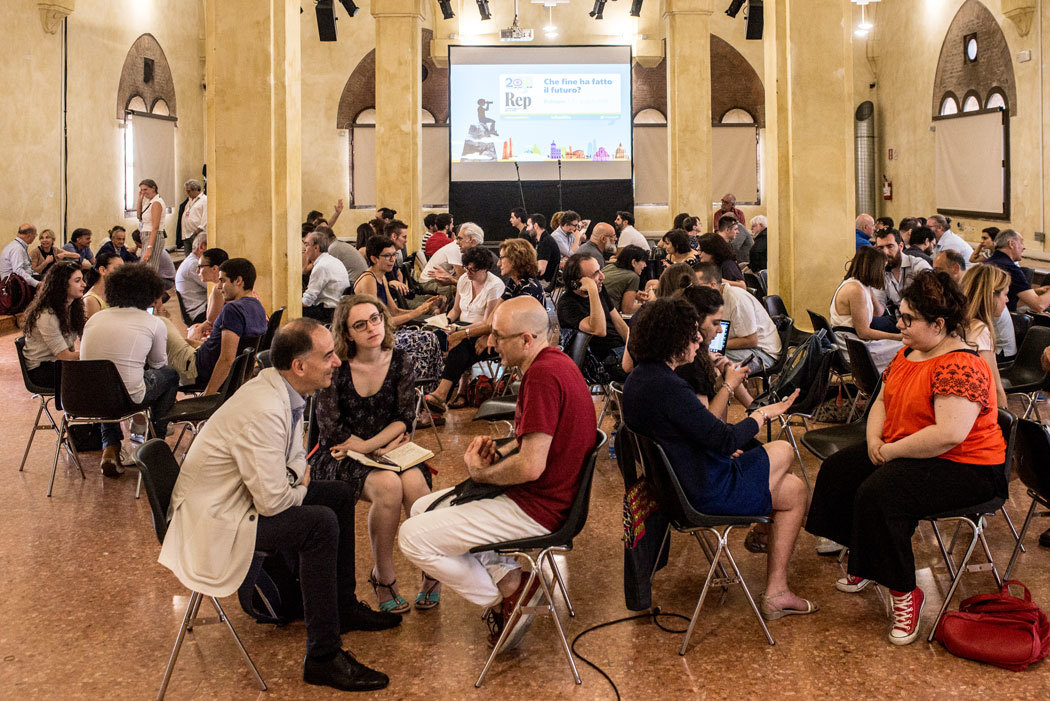